Dallin Charters is originally from Chandler, Arizona and currently studies mechanical engineering at Brigham Young University in Provo, Utah. Dallin thoroughly enjoys all his mechanical engineering classes, and has interests in personal finance, patent law, entrepreneurship, real estate, and new ideas. Dallin and his wife have been married for 9 months. Together, they enjoy traveling, exploring, and trying new things. Dallin is always looking for opportunities to learn something new. He personally enjoys hiking, playing board games (his favorite game is Agricola), spikeball, videogames, and metal casting. Myers Briggs ESTJ.

Noah Bailey was raised in Frederick Colorado where he developed a love of reading, hiking, snowboarding, music, theatre, and technology. In 2018, Noah went to Utah State University to study electrical engineering. After serving a mission for the Church of Jesus Christ of Latter-Day Saints in Louisiana, he transferred to Brigham Young University Provo to continue his electrical engineering degree. Noah is fascinated by the intersection of technology, philosophy, culture, and politics. After completing his undergraduate degree, Noah hopes to attend Harvard Law School.

Julie Wiltbank is a junior at BYU studying Electrical Engineering. Originally from Gilbert, Arizona Julie served a mission for the church of Jesus Christ of Latter-day Saints in Oregon. She loves reading, running, cooking, and hiking. Currently, Julie is an undergraduate research assistant at BYU working under Dr. Hawkins where they are developing and testing MMI spectroscopy using SU8-10 on silicon wafers to make a simpler and faster method of light spectroscopy. Julie volunteers as an electrical and computer engineering ambassador. She loves getting involved and this summer was a co-organizer for Chip Camp (an engineering summer camp for middle schoolers at BYU) in which she had a lot of fun! She also enjoys working on personal fun projects related to her major and made a remote-controlled car. This year, Julie is getting more involved in IEEE and hopes to finish a few more fun projects like a proximity controlled blooming flower art.

Seth Nelson is 21 years old and originally from Calgary, Canada. He currently attends BYU studying mechanical engineering with an emphasis in aerospace engineering. Seth intends to pursue patent law upon the completion of his undergraduate degree. He comes from a family of 8 and has begun his own family this summer with his marriage to his wife, Elise. In Seth’s spare time, he likes to lift weights, play rugby, and play pickleball. 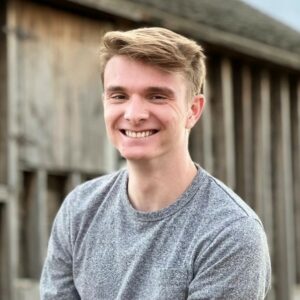 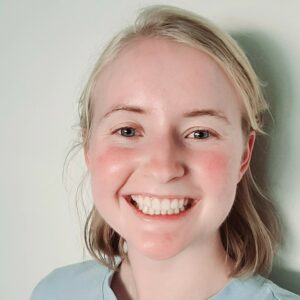 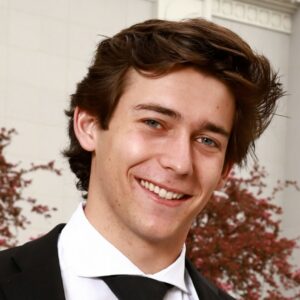