USPTO Fees on the Rise 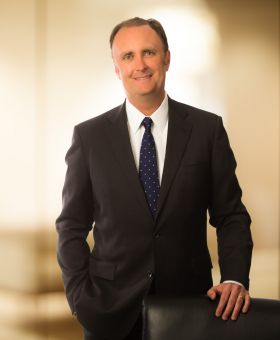 These new fees were set by the USPTO under the authority of the AIA, and these latest fees mark the second patent fee setting rule since January 2013.  The fees were arrived at after a biennial review of fees, costs, and revenues by the USPTO, and the fee increases are considered necessary to continue to fund patent operations at the USPTO, with particular emphasis on supporting the Patent Trial and Appeal Board (PTAB).

Applicants who meet the definition for small (50%) or micro entity (75%) discounts will continue to pay a reduced fee for the new patent fees.

A copy of the Final Rule can be found here.

In the following remarks are some highlights of the new patent fees including rationales provided by the USPTO for the fee increases.  All fees are in USD and stated under large entity fees.

Overall, the basic utility filing fees adjust slightly and the increases are justified by the USPTO as helping the USPTO to recover higher costs of performing such services due to increases in the cost of doing business.

The moderate increases in RCE fees are made to align the fees with the costs of processing RCEs.  The USPTO indicates that RCEs only collect 62.5% percent of their examination costs.  The USPTO reminds regarding RCE fees that it is committed to reducing the need for RCEs by providing the Quick Path Information Disclosure Statement (QPIDS) pilot program, the After Final Consideration Pilot 2.0 (AFCP 2.0), and other quality initiatives to improve the patent process.

The rationale for the IDS fee increase is to balance the need to encourage early submission of an IDS while keeping the fee low enough to allow for timely IDS filings within given periods.

This is a new fee for a smaller, streamlined reexamination.  A normal Ex Parte Reexamination has a fee of $12,000, which remains unchanged, and therefore this streamlined Ex Parte Reexamination is a significant discount.  To qualify, the request must be (i) 40 pages or less, including claim charts; (ii) lines must be double-spaced or one-and-a-half spaced; (iii) text written in a non-script type font such as Arial, Times New Roman, or Courier; (iv) a font no smaller than 12 point; (v) margins conforming to requirements; (vi) sufficient clarity and contrast to permit electronic capture.  Copies of patents or printed publications relied upon in the request are not included in the page count, as is a copy of the patent for which Ex Parte Reexamination is requested.

Micro entity status is only available to patent owner requestors.

It should be remembered that there are no small or micro entity discounts for AIA trials.

The final rule sets or adjusts a total of 202 fees, inclusive of 14 discontinued fees, and 42 new fees.  Some of the increases relate to certificates of correction, U.S. national stage filings, and sequence listings.  The above summary is not exhaustive of the fee increases, and close consideration of the fee increases should be made according to the fee descriptions.

Consideration should be made concerning decisions on proceedings significantly impacted by the fee increases by January 16, 2018, to avoid the fee increases. This particularly applies to AIA trials.