In Re: Power Integrations, Inc. 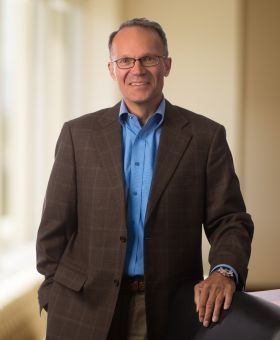 In a decision likely having implications for both patent prosecution and litigation, the Federal Circuit determined that the broadest reasonable interpretation of a claim term cannot be so broad that it would be inconsistent with a patent’s disclosure or that it be rendered meaningless as used in a claim.

Power Integrations asserted U.S. Pat. No. 6,249,876 against Fairchild Semiconductor. During claim construction, the district court agreed that the term “coupled” required two components to be connected in a manner “such that voltage, current, or control signals pass from one to another.”  The district court found the patent to be valid over the prior art (Martin and Wang) cited by Fairchild.  The Federal Circuit affirmed that decision.

While district court proceedings were pending, the USPTO granted a request by Fairchild for ex parte reexamination of the ‘876 patent. The reexamination considered the same prior art as did the district court but found the claims to be invalid, relying on a broader definition of “coupled.” The Federal Circuit reversed the Board’s rejection of the claims for improper construction of the term “coupled.”  The PTAB doubled down, however, relied on a 1993 version of Webster’s Third Int’l Dictionary and again adopted a broader construction of “coupled,” determining that the term meant “to join (electric circuits or devices) into a single … circuit.”  Maintaining and relying on this broader definition of “coupled,” the PTAB again affirmed the rejection of claim 1 as being anticipated by the cited references and therefore invalid.

Power Integrations again appealed to the Federal Circuit which again found the PTAB’s broader construction of “coupled” to be impermissible.

a digital to analog converter coupled to the control input for varying the switching frequency; and 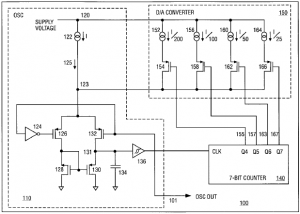 In contrast, the references cited during the reexamination all had an intervening component, a read-only memory, between the counter and the digital to analog converter.

Importantly, the court noted that the PTAB’s definition of the term “coupled” would render the term meaningless as used in the claims. The claim recites, inter alia, “A … circuit … comprising … an oscillator …; a digital to analog converter …; and a counter ….” If the PTAB’s definition of “coupled” were to be adopted, then all components in the claimed circuit would already necessarily be “coupled” (as they are all components in a single circuit) and, therefore, the limitation “a counter coupled to the … digital to analog converter” would be superfluous and, therefore rendered meaningless.

The Federal Circuit found that the PTAB’s definition of “coupled” was “unreasonably broad and improperly omitted any consideration of the disclosure in the specification” and that the district court’s narrower definition was “an interpretation firmly rooted in the plain claim language and the specification, [and] comports with the broadest reasonable construction of the term.” Accordingly, during both patent prosecution and litigation, the broadest reasonable construction of a claim term – adopted by a court or an examiner – must, even when an explicit definition is absent, be both consistent with the specification and must not render the term meaningless or superfluous when used in a claim.

The full text of the decision may be found here: IN RE: POWER INTEGRATIONS, INC.