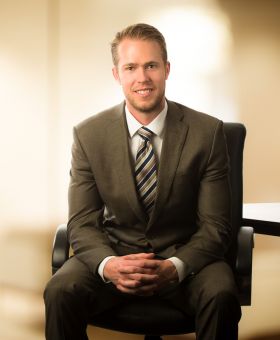 A “negative claim limitation” is language recited in a patent claim that speaks to the absence of a feature, as opposed to a positive claim limitation that recites the presence of a feature. Key phrases that are often used to indicate a negative limitation include “devoid of,” “absence of,” “without,” “excluding,” and “omitting.” The Manual of Patent Examining Procedure (MPEP) expressly allows for the use of negative limitations, so long as the usual rules of definiteness and written description under 35 USC Section 112 are met (see MPEP 2173.05). However, determining whether the specification provides sufficient written description support for a negative claim limitation is not always straightforward.

Of course, support is present where the specification expressly states the negative limitation (e.g., “the composition may omit compound A”). Support can also be shown if the specification describes a reason to exclude the relevant element, including where such reason is provided in the background section (Santarus, Inc. v. Par Pharmaceutical, Inc., 694 F.3d 1344, 1351 (Fed. Cir. 2012)). Support for a negative limitation can also be shown if the specification describes alternative elements. That is, if alternative elements are positively recited in the specification, they may be explicitly excluded in the claims (In re Johnson), 558 F.2d 1008, 1019, 194 USPQ 187, 196 (CCPA 1977)). For example, if the specification states that a cation component can include sodium, potassium, calcium, and/or magnesium, a claim specifically excluding sodium would be supported. When using this approach to show support, the applicant is not required to articulate advantages or disadvantages of each feature in order to later exclude the alternative feature (Inphi Corporation v. Netlist, Inc., 805 F.3d 1350, 1356-57, 116 USPQ2d 2006, 2010-11 (Fed. Cir. 2015)).

Accordingly, to best preserve the ability to include supported negative limitations in the claims, practitioners should consider being generous in listing alternatives for elements/features. Practitioners should also provide language in the specification that allows for exclusion of non-disclosed elements. For example, the specification may include language to the effect of “while some embodiments comprise/include the disclosed features and may therefore include additional features not specifically described, other embodiments may be essentially free of or completely free of non-disclosed elements – that is, non-disclosed elements may optionally be essentially omitted or completely omitted.” Of course, the more tailored such language is to the technology at issue the better. The specification should also define what is meant by terms such as “essentially free” and “essentially omits” in a manner that is tailored to the particular application.