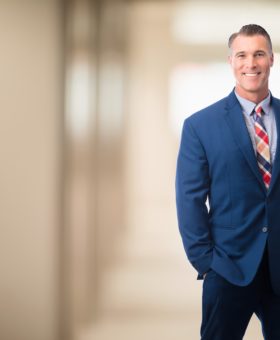 The United States and most countries around the world are party to the Paris Convention for the Protection of Industrial Property (“Paris Convention”), signed in Paris, France on March 20, 1883. The treaty establishes common rules and outlines national treatment and priority rights between contracting States, thereby bringing continuity and union to the way contracting States respect IP filed in other States. Article 4 of the Paris Convention treaty established the “Convention priority right” between contracting States. Specifically, Article 4 grants an applicant the right to use its first filing date in one contracting State as the effective filing date in any other contracting State(s) within 12 months (for patents and utility models) from the date of the first filing. Without the Convention priority right, applicants in foreign countries would be subject to individual countries’ laws related to foreign priority, and might be afforded the application’s actual filing date, in some countries, leaving open the possibility that intervening disclosures, including applicant’s own disclosures, can be treated as prior art against the later-filed application(s). Practically, however, without the Convention priority right, applicants might have to incur the expense of filing for IP protection in multiple or all countries at the same time, which may be cost-prohibitive for some applicants.

The requirement that previous application must be withdrawn, abandoned, or refused without leaving any rights outstanding has been the source of some debate. One might assume that a U.S. provisional application that expires (after 12 months) cannot run afoul of this requirement. However, in rare circumstances, the European Patent Code, for example, permits restoration or re-establishment of an expired application within two months from the missed deadline. Accordingly, it might be argued that an expired U.S. provisional application still has certain rights remaining. In addition, several countries permit an applicant to claim priority to an expressly abandoned application until expiration of the 12-month period. Accordingly, even expressly abandoning an application may not meet the “no remaining rights” requirement.

For practitioners seeking to implement the safest (or most conservative) practices, waiting to re-file a U.S. provisional application until after expiration of 14-months from the first filing may be preferable. Alternatively, or in addition, one might consider expressly abandoning the first filed application before re-filing the subsequent application and specifying (in the express abandonment) that the “Applicant further expressly forfeits any and all remaining rights in the application, including the right to claim priority to said application.” While case law proving the effectiveness of such a strategy is lacking, the applicant will have made every effort to comply with the spirit and letter of the Paris Convention.