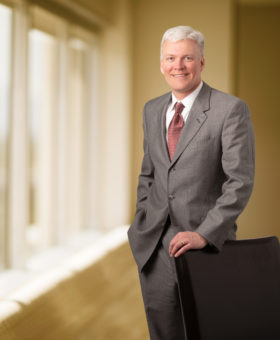 By: Brian Platt and Tim Nichols

On Friday, September 18, 2020, the United States Attorney for the Western District of Washington made a shocking announcement:  a grand jury in Washington indicted six individuals for paying more than $100,000 in bribes to Amazon employees or “insiders” (DOJ Press Release).  The purpose of the bribes was to gain a competitive advantage for these individuals and their “clients” on the Amazon Marketplace (commonly known as “the Marketplace”).  As a result, these six individuals would earn (and help other crooked third-party sellers) millions and millions through Amazon Marketplace.

The indictment spells out several ways the crooked Amazon sellers and their Amazon-insider counterparts worked together to corrupt the Marketplace (DOJ indictment) through their criminal conspiracy:

The crooked Amazon sellers reportedly earned in excess of $100 million as a result of their activities.

Criminal activity on the Amazon Marketplace is not a big surprise.  Counterfeiting and fraudulent activity are frequent subjects of news reports and lawsuits; and although Amazon has detailed steps it plans to take to clean-up the Marketplace, much fraud and much scandalous activity remains.  Perhaps such activities are inevitable in an international marketplace where billions and billions of dollars change hands.

What is shocking, however, is the allegation that Amazon-insiders took bribes and conspired to attack competitors and generally corrupt the Amazon Marketplace.  Clients of our firm have experienced a range of fraudulent activity on Amazon, including: (1) fraudulent competitor purchases and negative reviews (which can operate to disable a listing), (2) phishing attacks by competitors; and (3) sophisticated “takedown” attacks based on “secret” internal Amazon complaints.  In at least one case, our client’s competitor even bragged about his very own “Amazon insider” and their ability to harm to the client’s business from inside Amazon.

So what’s an Amazon third-party seller to do?  The good news is that such examples of criminal activity are not widespread:  there is no basis for believing that such corruption is the norm.  In our firm’s experience, most clients run profitable businesses and leverage the Marketplace platform without difficulty.  And when those clients have difficulty, we are able to work together to quickly and effectively resolve matters.  Understanding the Amazon process (and sometimes knowing the right people) can make all the difference.  Workman Nydegger has been able to help our clients resolve even the most extreme competitor interference (including competitor takedowns that probably belong in this indictment).

If your business experiences challenges on Amazon Marketplace, you may need a different approach to the process.  If you need help with the process, please contact Brian Platt or Tim Nichols.