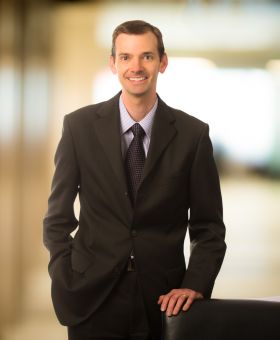 Many companies track new patent applications that publish within the fields that they operate in, in order to keep abreast of what their competitors or others innovating within the field are doing. One of the tools available since the implementation of the America Invents Act (AIA) is the option for such an interested party to make a 3rd party submission into another party’s pending patent application for consideration by the patent examiner who is examining the application. For example, the party wishing to make such a submission may have evidence that the claims in the published application are too broad, being anticipated or obvious over published prior art that they are aware of. Under some circumstances, such a party may wish to submit the prior art to the examiner for consideration in the competitor’s published patent application.

Submission of such 3rd party submissions is governed by 35 USC §122(e). The statute provides in part that “any third party may submit for consideration and inclusion in the record of a patent application, any patent, published patent application, or other printed publication of potential relevance to the examination of the application” [1].  Such submissions need to be made within a particular time frame, generally the later of (i) within 6 months of publication of the application; or (ii) up until the date that a first Office Action is issued.[2]

Although third-party submissions under 35 USC §122(e) are limited to published prior art, the brief also provides a limited opportunity to present additional facts or evidence that may not be explicitly present within the prior art publication. For example, in the case of a claim or claims to a chemical composition, the claim(s) may specify that the composition has particular properties, such as a particular pH, a particular efficacy against certain microbes, or other physical characteristics (e.g., a given tensile strength, Young’s modulus, or other properties) that may inherently be present within the composition described in the printed publication, although these specific characteristics may not be explicitly described therein. In other words, while the prior art publication may not itself disclose each and every element required by the claim, the submitted prior art publication may teach all of the components included in the composition. A third party submitter may use the brief in such circumstances to provide additional data relative to such a composition, which characteristics may be inherent in the composition. For example, the submitter may prepare and test the disclosed composition for tensile strength, Young’s modulus, pH, microbial efficacy, or any other physical property. The brief would allow submission of such additional data for consideration by the Examiner.

While the third party submission mechanism does not allow for further involvement in the examination of the patent application, this mechanism does provide a relatively inexpensive option for interested parties to influence the examination of another party’s patent application, forcing the applicant to narrow their claims based on the submitted prior art.

While other routes, such as Post Grant Review or Inter Partes Review, are available to challenge the validity of another party’s patent after it has actually granted, and such options allow for more involvement by the challenging party in the proceedings, they are significantly more expensive. The third party submission option under 35 USC §122(e) thus represents one option among several that should be considered when confronted with a competitor’s pending patent application.

[2] The statute actually provides that the submission also needs to be before the date of allowance, although given the time it typically takes for the Patent Office to examine an application, it is quite rare for an application to be allowed before the 6 month anniversary of publication. Thus, as a practical matter, an interested party has at least 6 months from the publication date, or until the first Office Action is issued, whichever comes later.