The Supreme Court Rules that Patents are a “Public Right”:  A Review of Oil States v. Greene’s Energy Group 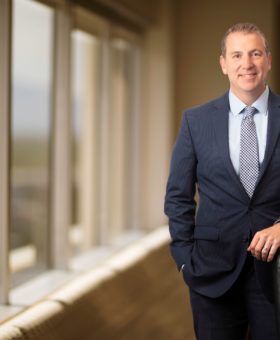 In sum, the Supreme Court considers patents to be a “public right,” and consequently that reviewing and revoking patents via administrative courts in the Inter Partes Review System is a valid exercise of Congressional authority.

Prior to the Supreme Court appeal, Oil States found itself in the increasingly common situation where a patentee obtains a positive verdict in the traditional court system, only to find that the USPTO’s administrative court determined the same patent to be invalid.

Oil States argued that its patent claims should be reinstated because the USPTO’s administrative Inter Partes Review (IPR) system for invalidating a patent is unconstitutional either under Article III of the U.S. Constitution or under the 7th Amendment.  The thrust of Oil State’s argument was that, once issued, patents are private property and not a “public right.”  Hence, when a party elects on its own to challenge the patent through an administrative agency (executive branch of government) rather than through the judicial branch (Article III courts), the administrative agency effectively usurps authority not granted to it under the Constitution.

There are a few distinctions between courts in the judicial branch and those in the other branches, like the executive branch.  In short, Article III federal courts: (i) provide judges that have life tenure so they can resist political influence, and (ii) provide the right to a jury trial.  By contrast, administrative courts (e.g., Article I and IV courts): (i) provide administrative law judges that are paid and influenced by political officials, and (ii) do not provide for a jury trial.  (As an example, a company would sue another company about a patent infringement in an Article III court in the judicial branch and elect to use a jury, but might challenge an agency ruling through a non-Article III court in the executive branch, without the right to a jury.)

In other words, if patents are not a “public right,” the USPTO’s Patent Trial and Appeal Board (PTAB) arguably would not have had the authority to invalidate Oil States’ patent.  Oil States would have had the right to object to the PTAB as the choice of forum, and to remove the dispute to an Article III court.

The Supreme Court, however, clarified that patents are a “public right,” specifically a “public franchise.”  A public franchise is a government grant of a right to be the exclusive provider within a particular market.  The Supreme Court reasoned that patents represent a right “arising between the government and others,” quoting Ex parte Bakelite Corp., 279 U.S. 438, 451 (1929).

Interestingly, although the Supreme Court said that patents are public rights for purposes of invalidating the patent through an administrative court, the Supreme Court left open the question whether there could be a violation of the Due Process Clause or the Takings Clause for patents issued before the USPTO’s IPR system went into place (in 2013).  Thus, the door on constitutional challenges to the IPR system may not yet be entirely shut.

It is worth noting that having patents count as “public rights” does not render them “public property” and nothing in this decision changes the way private entities lists patents as assets, or the extent to which they can currently trade, buy, sell, or license patents, or perform other forms of conveyance and abandonment.

The fact that patents are considered public rights is primarily a procedural clarification.  As such, patentees worried about the effect of IPRs should continue to consider creative approaches to correcting and maintaining patents through the IPR process, and thereby maintain as much patent value as possible.  For example, patentees should strongly consider filing one or more reissue applications.  This is discussed in a bit more detail here:  https://www.wnlaw.com/blog/broadening-issued-patent-chance-fix-past/