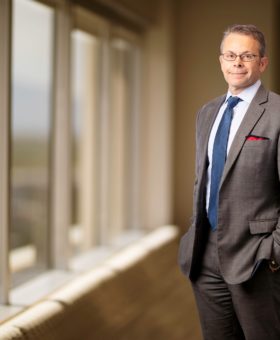 The Federal Circuit recently decided Click-To-Call Technologies, LP v. Ingenio, Inc., Yellopages.com, LLC, (Fed. Cir. Aug. 16, 2018), in which it addressed circumstances in which a petition for inter partes review (“IPR”) challenging the validity of a patent is time barred under 35 U.S.C. § 315(b). The Federal Circuit’s holding has laid new traps that can bar IPR petitions as untimely for unwary would-be IPR petitioners.

In response to the IPR petition CTC argued that the petition was time barred under § 315(b) because Ingenio had been served with a complaint for infringement of the ’836 patent back in 2001. The petitioners argued that service of the complaint in 2001 did not trigger the time bar of § 315(b) because that complaint was voluntarily dismissed. The Federal Circuit rejected that argument, holding that “§ 315(b)’s time bar is implicated once a party receives notice through official delivery of a complaint in a civil action, irrespective of subsequent events.” (Slip op. at p. 13.)

Next the Petitioners argued that § 315(b) should not apply because the claims in the ’836 patent being challenged in the petition were different from those asserted in the 2001 complaint because they had been materially altered during the reexamination. The Federal Circuit rejected that argument, holding that § 315(b) speaks in terms of the “patent,” not in terms of patent claims, and “the timeliness analysis is to be made with reference to ‘the patent.’” (Slip op. at p. 26.)

Last, Oracle (and others similarly situated) argued that the time bar should not apply to them because they were not served with the complaint in 2001, and were not in privity with Ingenio (or any other party involved in the 2001 action) before at least 2008. These petitioners had not had any opportunity to challenge the ’836 patent in connection with the 2001 lawsuit because it had been dismissed years before those petitioners became involved. The Federal Circuit also rejected this argument, holding that all the petitioners “declared themselves as ‘the Petitioner’ in their sole IPR petition, and certified that Ingenio…is a ‘real party in interest.’” (Slip op. at p. 27.) Consequently, all the petitioners were “properly treated as an undifferentiated unit that filed an untimely petition.” (Id.) That Oracle could have filed its own petition (rather than joining with Ingenio) that would not have been time barred by §315(b) was irrelevant to the Federal Circuit’s analysis holding that the joint petition was time barred.

The takeaways from this opinion for would-be IPR petitioners are: First, address the potential of a second lawsuit when dealing with a first lawsuit because the second lawsuit will not reset the time bar under §315(b), even if the scope of the claims of the patent changed between the two lawsuits. Second, be careful joining with other petitioners when filing an IPR petition because if even one of your joint petitioners is barred under § 315(b) then the entire petition will be barred.