Preparing Inventors for the Patent Process 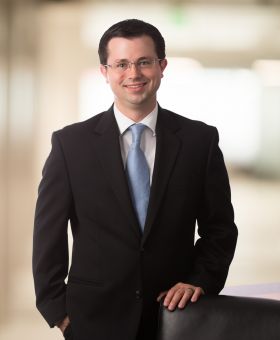 Even though inventors are central to the creation of an invention, they are often an underutilized resource during the actual patent drafting process. When properly managed, inventor involvement in the patent application drafting process can significantly increase the value of a patent and decrease the costs associated with acquiring the patent. In most cases, this involvement does not need to consume significant amounts of the inventors’ valuable time. If inventors are properly educated about the patent process and thoughtful internal procedures are implemented, the patent application preparation process can become more streamlined and less burdensome. A simple way of accomplishing these goals is to educate the inventors about the use of a well-prepared invention disclosure form.

When preparing an invention disclosure form and training inventors how to use them, special attention should be given to the potential audience of a patent or patent application. Inventors can play a valuable role in the preparation of a patent by ensuring that a patent application is tailored to the unique needs of each audience. Start-ups, for example, often leverage their patent portfolio to generate investor interest and to increase the valuation of their companies. In these cases, the target audience for a patent application is the investors themselves, who often lack a technical background and will likely not be able to fully appreciate the technical details of an invention. To maximize patent value for this audience, it is important that the invention disclosure form asks the inventors to briefly describe to a lay audience what the invention is and why it is better than other options, and what problems may be solved by the invention.  While being directed to a lay audience, the inventors should still focus the description on providing a lay description of the technical features of the invention and not digress into discussing the market potential for the invention. This same layperson description will also become valuable if the patent is ever litigated. Most juries and judges also lack technical backgrounds. The ability to point to an accurate and simple description of the invention within the patent itself can help both the judge and jury appreciate the inventive contribution of the patented invention.

Invention disclosure forms may ask for additional important information, such as conception date, inventor contact information, information about any disclosures of the technology that may have occurred, and other related data. In any case, however, if inventors are trained to work with simple invention disclosure forms that include the above discussed sections, the drafting process will be streamlined and any resulting patent applications will be better written for the different target audiences. Additionally, as the saying goes “an ounce of prevention is worth a pound of cure.” Investing a little more time during the initial drafting stages of an application can save significant review time for the inventors prior to formally filing the application.