Patent Term: When will a patent die? 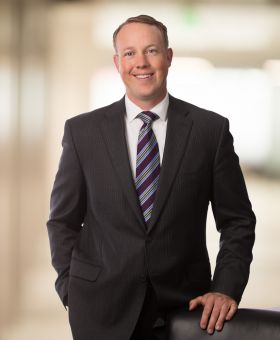 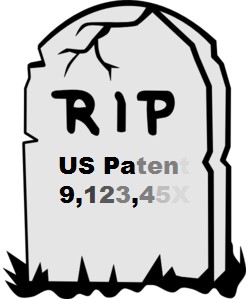 Patent owners, licensees, and applicants alike may wonder: How long is a U.S. patent enforceable? Business owners mindful of patents granted to their competitors may ask the same question.

Patent term is the maximum period of time a granted patent may be enforced.

Due to the variance of patent examination periods, the U.S. patent laws were again revised on May 29, 2000 to provide “Patent Term Guarantees.” These guarantees include (A) a guarantee of prompt response from the USPTO, (B) a guarantee of no more than three years application pendency, and (C) a guarantee for successful appeals or other proceedings.

The “Patent Term Guarantees” introduced what is called a “Patent Term Adjustment” (PTA), which is an addition of time (counted in days) to the 20-year term to account for examination delays on the part of the USPTO and the applicant.

Second, one day is given for every day of delay after three years of total application pendency, not including time consumed by an applicant’s Request for Continued Examination (RCE), appellate review, and delay requested by the applicant. This is called “B-delay.”

Third, one day is given for every day due to the delay of a successful appeal of an examiner’s Office action rejecting the claims of an application or other proceedings. This is termed “C-delay.”

The number of days of “A-delay,” “B-delay,” and “C-delay” are summed. Importantly, when summing the delays, it is determined whether there is any calendar “overlap” in delay, and the number of days of overlapping delay are deducted from the sum of A-, B-, and C-delays.

Lastly, the sum of “A-delay,” “B-delay,” and “C-delay” is reduced for every day of applicant delay. Applicant delay may include the number of days in excess of three months to respond to an Office action. Applicant delay also includes any days after three months from the filing of notice of appeal and the filing of appeal brief, a request for delay by an applicant, abandonment of an application, the filing of a supplemental reply (unless expressly required by an examiner), an untimely preliminary amendment or information disclosure statement, and the filing of a paper after receiving a notice of allowance (for example, an after-allowance amendment or interview summary).

Thus, a patent applicant can take proactive steps to maximize the term of a granted patent. These steps may include: (1) ensuring that an application is complete upon the original filing of the application, (2) filing complete and timely responses to Office actions and communications without extensions, (3) coming to an understanding with an examiner soon—most often by an examiner interview—to avoid a Request for Continued Examination (RCE), (4) maximizing the chances of success on an appeal of an examiner’s rejection, and (5) avoiding filings after receiving a notice of allowance.