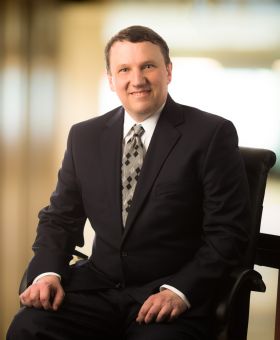 Background:  Blackbird brought an action for infringement against ELB electronics in the United States District Court for the District of Delaware.  The patent claims at issue are directed towards an energy efficient lighting apparatus.  The parties disputed the meaning of a claimed term “attachment surface.”  Plaintiff Blackbird wanted a construction of this term as a “layer of the housing to which the illumination surface is secured.”  However, the District Court construed the term as a “layer of the housing that is secured to the ballast cover.”  More specifically, though the plain language of the claim at issue recited a fastening mechanism for securing the attachment mechanism to the illumination surface, the District Court relied heavily on an embodiment described with respect to Figure 5 in the specification to infer that there was a second fastener for attaching the attachment surface to a ballast surface.  This inference was the foundation for the District Court’s claim construction of the term “attachment surface.”  Based on this construction, which was unfavorable to the Plaintiffs, the parties stipulated to non-infringement, and the District Court entered judgment in favor of the Defendants.  The Plaintiffs appealed the unfavorable claim construction to the Federal Circuit.

The Federal Circuit’s reasoning is very important to consider when drafting patent specifications.  First, the reasoning underscores the importance of including alternative embodiments in the specification.  Even the description of alternatives for seemingly unimportant components (like fasteners) can lead to broader claim construction.  Second, when describing embodiments, it is important to couch the embodiments in non-limiting terms.  Use of phrase such as “As an example only”, “example embodiment”, “for illustrative purposes only”, “it is not important which”, and so forth, help to broaden claim construction.  In addition, it is important to avoid terms such as “the invention is”, or “it is essential that” or “needs to be” or any other language that an ordinary artisan would deem as describing that a particular element is required.  Generally stated, when drafting a patent application, a practitioner should constantly question whether the words being selected could be deemed by an ordinary artisan to mean that a particular component is important or essential to the practice of the invention, especially where that is not the case.