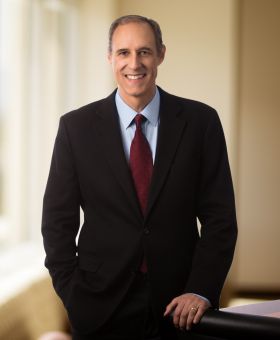 Initially, a NSDPR can only be issued where there is some commonality between the applications.  For example, generally for an NSDPR to issue the applications must have at least one common inventor, be commonly assigned, be filed by a common applicant, or be subject to a joint research agreement.  When issuing the rejection, the examiner has the burden of showing the differences between examined claims and the referenced claims and providing a reason why a person of ordinary skill in the art would conclude that the invention defined by the examined claims would have been an obvious variation of the invention defined by the referenced claims.

If the rejection is properly made, the applicant can attempt to overcome the rejection by presenting arguments that support that the examined claims are patentably distinct from the referenced claims, i.e., the examined claims are not obvious. Alternatively, the applicant can cancel the conflicting claims, amend the claims so as not to conflict, or, if both application are still pending, move all of the conflicting claims to one application.

In conclusion, when a NSDPR is issued, depending on the facts, there may be a variety of different options for responding to the rejection.  To avoid the loss of patent term, and because of the requirement that the patents always be jointly owned, consideration should first be given to trying to overcome the rejection before filing a terminal disclaimer.  If a terminal disclaimer is filed, care should be taken to first ensure common ownership between the patents.  Likewise, facts should be reviewed to determine whether the terminal disclaimer should be withdrawn prior to payment of the issue fee.