Non-Obvious by Design: Addressing Design Choice Rejections at the USPTO 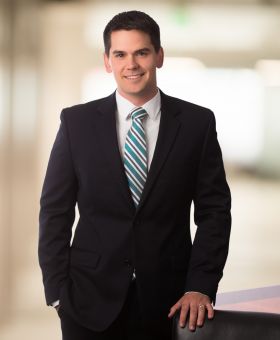 The dream of many inventors is that their ideas and creations will receive immediate recognition as new and groundbreaking. How disappointing it must feel then to file a patent application only to have a patent examiner indicate that, while the features of your claimed invention are not expressly disclosed in the prior art, they amount to only ‘minor’ differences that would be the result of obvious design choice or routine optimization performed by one of ordinary skill in the art.

This scenario is an unfortunate reality for many applicants in well-established technological fields, often occurring when an examiner has identified one or more references that disclose elements similar to those of a claim but lacking a particular feature that may appear to be a minor modification, such as a certain dimension, shape or arrangement. These rejections are often supported based on extrapolation from a series of legal decisions and associated rationales provided in MPEP § 2144.

The MPEP instructs Examiners that using this legal precedent as a source for supporting a rejection is appropriate when the facts are sufficiently similar to those in an application under examination, with the caveat that if the applicant has demonstrated the criticality of a specific limitation it is not appropriate to rely solely on case law. Predictably, the appropriate interpretation of sufficient similarity and criticality is often a matter of disagreement between an applicant and the Examiner, and the MPEP provides little to assist in resolving the matter.

Fortunately, clarification is provided in appeal decisions at the patent office and in the reviewing courts, with a particularly useful example and review provided in Ex parte Bagnall, et al. (Appeal 2009-013429 in U.S. application serial no. 10/759,585).

Here, claim 20 of the application at issue related to an apparatus for capturing live insects including an upper section provided with a top cover and side walls (Bagnall, p. 2-3). The side walls contain a plurality of openings large enough to allow insects to enter the apparatus, and the openings were recited as covering approximately 30-40% of the total area that would be provided if the side walls were completely closed.

The Examiner asserted that the prior art disclosed the limitations of the claim, except that there was no specific teaching of the openings covering about 30-40% of the total area of the side walls that would be provided if the side walls were completely closed (Bagnall, p. 10-11). The Examiner concluded that this limitation was a minor modification that would be the result of obvious design choice to be determined through routine experimentation and optimization as it “is known to one of ordinary skill in the art to optimize the operation of the trap such as sizes and colors to attract different insects and insects of different sizes.”

In reversing the Examiner’s rejection, the Board of Patent Appeals and Interferences instructed that:

The Board went on to explain that the limitation requiring 30-40% openings was described in the specification as solving a “stated problem of optimizing the percentage of openings to provide the greatest efficiency in capturing insects” which was not considered in the prior art (Bagnall, p. 12-13). From the above, the pivotal issue in addressing a design choice rejection is whether the claimed structure and the function it performs solve a stated problem or are otherwise different from the prior art.

When presented with a design choice rejection, an applicant can point to support in the specification as to a particular benefit associated with the claimed limitation and distinguish away from the teachings in the prior art. As with the openings in Bagnall, even features with a relatively minor impact on claim scope can overcome rejections based on design choice and lead to patentability.

Of course, making an argument that the structure and function of a particular claim limitation solve a stated problem or are otherwise different from the prior art requires that that be true and that sufficient evidence is provided to support the assertion from the specification, by inventor declaration or other sources. As such, during the preparation of a patent application, it is important that an inventor consider and disclose possible advantages related to even what may seem to be minor features of the invention such as particular shapes, dimensions, temperatures, arrangements, etc.

Ideally, every feature disclosed in a patent application would be associated with, but not restricted to, some particular advantage, even if it may not be considered the primary source of that advantage. Such a drafting strategy results in a patent application filed with patentable features, each feature providing a possible fallback position for overcoming the prior art and any assertions of obvious design choice.