Liability for Inducement Where There is Divided Infringement 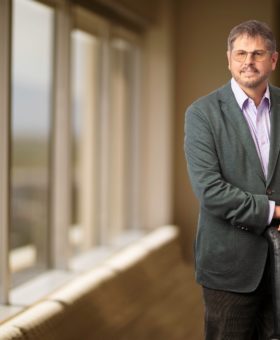 In 2017, the Federal Circuit issued a decision Eli Lilly & Co. v. Teva Parenteral Meds., Inc., 845 F.3d 1357 (Fed. Cir. 2017) that found Teva liable for inducement of method claims in U.S. Patent No. 7,772,209 even though no single actor performed all of the method steps, i.e., there was divided infringement. The court relied on the divided infringement standard articulated in Akamai Techs., Inc. v. Limelight Networks, Inc., 797 F.3d 1020 (Fed. Cir. 2015). The claims at issue in Eli Lilly were directed to a method of treating cancer that includes administering three different therapeutic compounds at different times to a cancer patient. One of the therapeutic compounds was self-administered by the patient, and the other two were administered by a healthcare professional. The parties agreed “that no single actor performs all steps of the asserted claims; rather, the steps are divided between physicians and patients.” The court found Teva liable for inducement nonetheless because the patient administered a therapeutic agent under the direction or control of the treating physician.

The decisions in Akamai and Eli Lilly may affect the outcome of whether there is liability for inducement of patent claims directed to “dual-access” luggage locks that can either be opened by the owner or by Transportation Security Administration (TSA) personnel when screening luggage. Safe Skies LLC owns U.S. Patent Nos. 7,021,537 and 7,036,728 and accused Travel Sentry, Inc. of infringing the patents. Travel Sentry performs part of the patented process, while TSA personnel perform another part. The issue is whether Travel Sentry is nonetheless liable for inducement. The district court found there to be no liability, but the Federal Circuit recently vacated and remanded for further consideration of the facts.

Travel Sentry does not merely provide locks to end users and its licensees, it also provides TSA with keys required to open the dual-access locks and training on how to open bags with the Travel Sentry locks. The Federal Circuit found that even though “the partnership-like relationship between Travel Sentry and TSA differs in several respects” from the customer-client relationship between the parties in Akamai, the cases have the “common thread” of “evidence that a third party hoping to obtain access to certain benefits can only do so if it performs certain steps identified by the defendant, and does so under the terms prescribed by the defendant.” The court found that by using the Travel Sentry master keys, the TSA benefits because it can screen bags without having to break the locks, and this is “the type of benefit contemplated in Akamai.” The court added that Travel Sentry also conditions that benefit on using the company’s locks. While the case has been remanded for further proceedings, based on the court’s statements, one can reasonably envision an eventual decision that Travel Sentry is liable for inducing infringement of the patents of Safe Skies.