How Will the New Supreme Court Nominee Weigh in on Patent Matters? 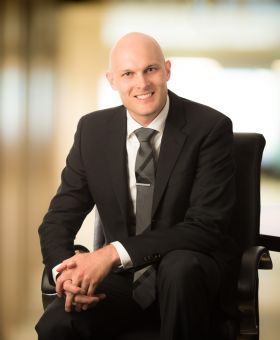 With the recent retirement of Justice Kennedy, effective July 31, there are currently eight members of the Supreme Court. With this even number of Justices and the differing jurisprudence ideologies between them, it seems imperative that the vacant seat is filled as soon as possible in order for the Court to make headway on difficult legal topics. As described below, it seems that the new nominee will also be a pro-patent jurist.

President Donald Trump recently nominated Judge Brett Kavanaugh as an Associate Justice to fill that vacant seat, thus potentially becoming the 114th Supreme Court Justice. Judge Kavanaugh, who is a Yale Law School graduate and who has worked in his capacity as an appellate judge for the past twelve years, is currently a Circuit Judge for the United States Court of Appeals for the District of Columbia Circuit.[1] Interestingly, Judge Kavanaugh previously clerked for the same judge he might soon replace.[2] Judge Kavanaugh is widely regarded as a conservative jurist with originalist views (i.e. he interprets laws in light of those laws’ legislative histories and contemporary contexts as opposed to using current viewpoints).[3]

In his time in the D.C. Circuit, Judge Kavanaugh has seemingly become a specialist in hearing cases concerning the authority of “administrative agencies.” For reference, an administrative agency is a “government body authorized to implement legislative directives by developing more precise and technical rules than possible in a legislative setting.”[4] In other words, Congress develops the high-level rules and then has the administrative agencies figure out the nitty-gritty details of those rules. In addition to the authority granted from Congress, decisions made by administrative agencies have traditionally been given great deference by the judicial courts. This deference is often referred to as “Chevron Deference,” so named because of the pivotal case Chevron U.S.A., Inc. v. Natural Resources Defense Council, Inc., 468 U.S. 837 (1984). Very briefly, in Chevron, the Supreme Court “set forth a legal test as to when the court should defer to the agency’s answer or interpretation, holding that such judicial deference is appropriate where the agency’s answer was [] not unreasonable, so long as the Congress had not spoken directly to the precise issue at question.”[5] In this regard, the courts have given administrative agencies broad leeway in determining many legal matters.

One primary example of an administrative agency is the United States Patent and Trademark Office (“USPTO” or simply “PTO”). Article I Section 8 Clause 8 of the United States Constitution grants authority to Congress to enact statutes regarding patents, and Congress has created the PTO to interpret its statutes and to generate additional regulations regarding those statutes. As such, the PTO plays an instrumental role in the lifeforce of this country’s patent system. While some may disagree, the patent system is supremely important in advancing our country’s technology and in improving our daily lives through the use of the new technology. On this matter, President Abraham Lincoln was attributed as saying that the introduction of patent laws was one of the greatest and most important occurrences in our world’s history.[6] Even Mark Twain, in his book A Connecticut Yankee in King Arthur’s Court, said that “A country without a patent office and good patent laws was just a crab, and couldn’t travel any way but sideways or backwards.”[7]

Judge Kavanaugh’s viewpoints on administrative agency power, including the weight and relevance of Chevron deference, may dramatically impact the future of the PTO, not only for specific proceedings such as IPRs but also for other areas of the patent laws, such as “abstract ideas” decisions under 35 U.S.C. §101 and the influence of the Patent Trial and Appeal Board generally.

It seems like Judge Kavanaugh is a proponent for limiting the breadth of Chevron deference, as demonstrated by some of his opinions that somewhat touch on the matter (e.g., Settling Devotional Claimants v. Copyright Royalty Bd.; Indep. Producers Grp. v. Librarian of Congress; Soundexchange, Inc. v. Librarian of Congress; Recording Indus. Ass’n of Am., Inc. v. Librarian of Cong.; and others).[8] In fact, Jody Freeman, a professor at Harvard Law School, is quoted as saying “Judge Kavanaugh’s record suggests that he has no hesitation deciding when agencies are out of bounds and don’t deserve deference.”[9]

Unfortunately, because only the Federal Circuit hears patent appellate cases and because Judge Kavanaugh does not sit on the Federal Circuit, it is difficult to accurately discern his viewpoints on patents. Currently, the Supreme Court has at least two IP cases (one a copyright case and one a patent case) on its 2018-2019 docket.[10] If the Senate confirms Judge Kavanaugh’s nomination in time for him to hear these cases, it will be very interesting to watch how he decides. In any event, because he does appear to exude an originalist mentality and because the constitution does explicitly recite the importance of the patent system, it seems a fair bet that Judge Kavanaugh will be a pro-patent jurist.