Hashtags vs. Trademarks – Does it Really Matter? 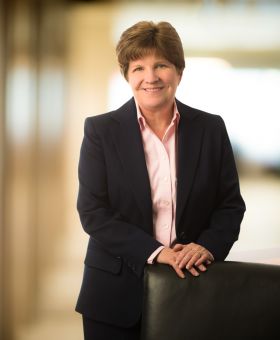 The use of social media is soaring, and people are increasingly using #hashtags.  As most people know, a hashtag is a word or phrase preceded by a hash mark or a pound sign (#) (e.g. #hashtag).  Hashtags are used to categorize the content of accompanying text.  In other words, the use of the #hashtag in a message makes it easier to do searches by keywords and to group related topics together.  Hashtags also help a business to promote itself and the goods or services it offers as well as being an easy way to quickly share news about its goods or services and to interact with its consumers.

As the importance of hashtags increase, two issues often come up.  The first is whether a business can or should protect its hashtags. The second issue is whether your use of someone else’s trademark as a hashtag will constitute trademark infringement, or conversely, whether a third party is infringing your trademark when they use a hashtag that includes your mark.

The first issue is whether a business should try to federally register a particular hashtag in order to protect it as a trademark.  This decision involves the same analysis as to whether a business should file an application with the United States Patent and Trademark Office (“PTO”) to protect its trademarks or service marks. [1]  In my view, protecting the underlying Mark, rather than the hashtag, is the most important step a company can take.  This issue is reminiscent of the debate several years ago when there was a rush to register Marks that ended in “.com”.  Now, just as then, the question of whether the hashtag or the Mark can be registered comes down to whether the hashtag/Mark is inherently distinctive in relation to the goods or services it is being used upon.  Adding a “#,” like adding a “.com,” does not change the analysis.

In fact, the PTO expressly states that adding the symbol # or the word HASHTAG does not make a Mark or any other term inherently distinctive and does “not provide any source-indicating function because they merely facilitate categorization and searching within online social media.” TMEP 1202.18.   Rather, a Mark comprising or including the hash symbol (#) or the term HASHTAG is registerable as a Mark only if the underlying mark functions as an identifier of the source of the applicant’s goods or services. See TMEP 1202.18.

As a result, for most businesses that are using their name or Mark as a hashtag, unless the hashtag is very unique or part of a special campaign, if you have already registered the Mark with the PTO, it may not be worth the cost of also trying to protect your hashtag.  The money may be better spent protecting your underlying Mark or other intellectual property.  You may also want to consider registering or reserving your hashtag on the social media platforms you intend to participate in.

The second issue that arises with hashtags is whether your use of someone else’s trademark as a hashtag can constitute trademark infringement, or alternatively, whether someone else’s use of your trademark as their hashtag infringes your Mark.  As it stands, trademark owners and those creating hashtags need to understand that this area is complex and in a state of transition.  The cases are unpredictable and are going both ways.

One of the leading cases which does NOT support enforcement of a Mark against a hashtag use is Eksouzian v. Albanese, No. CV 13-00728-PSG-MAN, 2015 WL 4220478 (C.D. Cal. Aug. 7, 2015).   Eksouzian is a very fact-specific contract dispute and, in my view, the decision is somewhat result driven.  Nevertheless, Eksouzian is often cited because in ruling that the agreement was not breached, the court stated, “hashtags are merely descriptive devices, not trademarks.” Eksouzian, 2015 WL 4220478 at * 8. The court determined that although the hashtag comprised another’s registered mark, the hashtag is “merely a functional tool” used to direct consumers to a particular promotion and was not an infringing act likely to cause confusion.  Id.   Subsequently, a second court in the Central District of California cited to Eksouzian as precedent establishing that “hashtags are merely descriptive devices, not trademarks.”  AOP Ventures, Inc. v. Steam Distribution, LLC, No.  EDCV151586VAPKKX, 2016 WL 7336730, at *13 (C.D. Cal. Oct. 11, 2016)

In contrast, there are a few cases which DO tend to support enforcement of a trademark against hashtag use.  For example, TWTB, Inc. v. Rampick, No. CV-15-3399 *6-8 (E.D. La. Jan. 20, 2016) was in the context of a preliminary injunction analysis and found use of a hashtag to be relevant to the likelihood of confusion analysis and evidence of an intent to trade off the trademark owner’s goodwill.  Similarly, in Fraternity Collection, LLC v. Fargnoli, No. 3:13-CV-664-CWR-FKB (S.D. Miss. Mar. 31, 2015), while not dispositive, the court refused to dismiss claims for trademark infringement and false advertising arising from a competitor’s use of another’s Mark as a hashtag and stated that use of a competitor’s name or product name as a hashtag “could in certain circumstances, deceive consumers.” Id.*4 The problem with these cases, however, is that they involved preliminary determinations and did not make the ultimate ruling that a hashtag did or did not infringe the asserted Mark.

Again, the debate about hashtag use is very reminiscent of the issues that came up during the rapid growth of the internet, particularly relating to domain names, and to a lesser extent, metadata and keywords.  At that time, just like now, the case law was inconsistent and eventually, the issues of cybersquatting and trademark infringement in association with domain names were covered by statutes and case law.  The author believes that similarly the statutes and the case law will catch up to the change in technology and these trademark disputes involving hashtags.

As it is at the moment, the case law is unsettled, and corporations and other business owners should use caution.  I recommend that businesses should avoid using any Marks owned by another party as part of their hashtags for their own goods and services.  Similarly, trademark owners should monitor their Marks to see if others are using their Marks in hashtags on social media. You went to a lot of effort to protect your Mark.  You do not want its value diluted or the goodwill you built in your Mark to be diminished by others  Your Mark is a valuable part of your intellectual property and needs to be protected, monitored and defended.