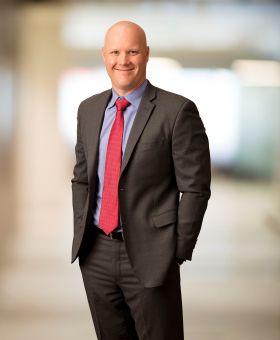 On January 25, 2018 the Federal Circuit released its decision in Core Wireless Licensing v. LG Electronics. One of the issues was whether the asserted claims are directed to patent-eligible subject matter under 35 U.S.C. §101 (i.e., under the Alice/Mayo framework). The patents describe an improved user interface for devices having small screens, such as mobile telephone devices. In particular, rather than requiring a deeply-layered interface for navigating to device functions, the claims provide an “application summary window,” which may be presented upon interaction with an application from a menu (e.g., highlighting the application for a predetermined time). The application summary window provides quick access to a subset of the application’s functions and/or data prior to actually launching the application. An example claim is:

In its decision, the Federal Circuit found the claims to pass Step 1 of the Alice/Mayo analysis as not being directed to an abstract idea, since the claims were directed to an improvement in the functioning of computers, particularly those with small screens. To support this finding, the Federal Circuit relied on both the language of the claims and the language of the specification to find that the claims were directed to a particular manner of summarizing and presenting information in electronic devices, which improves the efficiency of using electronic devices.