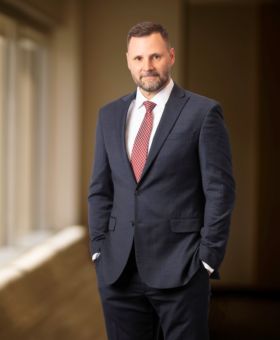 Perhaps there is some desire to move United States moral rights law toward better harmony with the moral rights law common in the rest of the world. However, the United States is not like the rest of the world in many respects, particularly in view of our First Amendment of the Constitution. Indeed the Copyright Office seems to at least acknowledge the potential conflict in question 4, which states: “Would stronger protections for either the right of attribution or the right of integrity implicate the First Amendment?”

In the interest of facilitating answering question 1 (“Should additional moral rights protections be considered”) this blog post will identify a number of the existing protections for, and limitations of, moral rights in the United States.

The Berne Convention Implementation act of 1988 did not seem to add any protections for moral rights, and even indicated that it specifically did not expand such rights. In particular the Berne Convention Implementation act of 1988 states at section 3(b): ”The provisions of the Berne Convention, the adherence of the United States thereto, and satisfaction of United States obligations thereunder, do not expand or reduce any right of an author of a work, whether claimed under Federal, State, or the common law— (1) to claim authorship of the work; or (2) to object to any distortion, mutilation, or other modification of, or other derogatory action in relation to, the work, that would prejudice the author’s honor or reputation.”

However, other statutes do provide protection.

The Lanham Act as codified at 15 USC § 1125(a) prohibits a false or misleading representation of fact with respect to origin, sponsorship, or approval of goods. While this can be used to protect some rights of attribution, the Lanham Act is limited in this respect by the Supreme Court’s decision in Dastar Corp. v. Twentieth Century Fox Film Corp. 539 U.S. 23 (2003).

The Family Entertainment and Copyright Act as codified at 15 USC § 110 (11) allows a member of a private household to make imperceptible, limited portions of audio or video content of a motion picture during a performance in or transmitted to that household for private home viewing. In other words, you are legally permitted to use the fast-forward and mute buttons on your remote. Additionally, others, at your request, can push the fast-forward and mute buttons for you (including through the use of computer programs and other technology) so long as they do not make a fixed copy of the altered version. However, this right has been limited recently due to technological changes by one or more streaming services and superseding provisions of the DMCA. In particular, within the last six months of the date of this article, the DMCA and technological changes to digital streaming services have seemingly been used to prevent modification of streaming movies, which might be viewed as an effort to protect rights of integrity by effectively eliminating the ability of home users to direct others to perform automatic modification of some streamed movies. Home users presumably still have the right to use their fast forward and mute buttons in the privacy of their own homes for streamed movies and movies on disk.

Moral right can also be protected by license under contract law. However, as might be appreciated, it may be difficult for individual artists and authors to extract agreements from consumers with respect to the moral rights of the artist or author.  However, certain organizations have emerged that allow artists and authors to share their works using standardized licenses. For example, Creative Commons of Mountain View, California, allows users to select licensing terms and select distribution networks. Thus, artists and authors have increased ability to generate agreements protecting moral rights.

If you believe moral rights need to be expanded in the United States and want the Copyright Office to know about it, your comments are due by March 30, 2017.