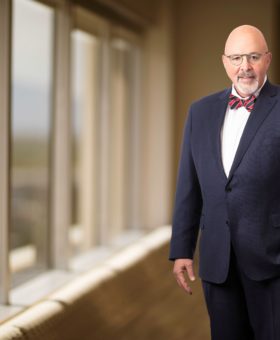 On May 11, 2016, President Obama signed the Defend Trade Secrets Act (“DTSA”) into law.  18 U.S.C. § 1836.  In what has been an otherwise contentious period in Congressional relations, the DTSA was passed by nearly unanimous votes in the House and Senate.

The DTSA is a sweeping federal act that gives owners of trade secrets new, and in some cases, unprecedented rights in trade secrets.  It establishes a federal cause of action, meaning that trade secret owners can file in federal court in the first instance, without piggy-backing on other federal claims.  The DTSA provides plaintiffs with the ability to apply for and obtain an ex parte  writ of seizure (without notice to the defendant).  The requirements for obtaining such a writ are very strict.  Among other things, the applicant must establish (i) the existence of a trade secret, (ii) that the grant of a temporary restraining order or preliminary injunction would be inadequate, (iii) irreparable injury, (iv) the balance of harm to the applicant substantially outweighs countervailing harm, (v) a likelihood of success on the merits, (vi) that the defendant has possession of the trade secret or property to be seized, (vi) that the defendant would destroy or move the trade secret if given notice, and (vi) the applicant has not publicized the requested seizure.  Seizure orders under the DTSA are “extraordinary,” and the difficulty of meeting these requirements likely means that DTSA seizure orders will be infrequent.

The DTSA may raise difficult conflicts with state law.  The Act states that injunctions under the DTSA may not “prevent a person from entering into an employment relationship,” and further provides that injunctions under the Act may not “conflict with applicable state law prohibiting restraints on the practice of a lawful profession, trade, or business.”  A minority of states, including California, prohibit the use of non-compete agreements, or severely restrict their use.  The issue has yet to be finally determined, but it appears that an employer in California may not be able to prevent an employee who misappropriates a trade secret from going to work for a competitor.

Other states limit the temporal duration of non-competes.  Defendants in these jurisdictions may argue that a trade secret misappropriator has a get-out-of jail-free card to work for a competitor after the expiration of the statutorily limited duration of non-compete agreements.  In these situations, employers may want to assert state law trade secret claims instead of the DTSA.

The DTSA also includes provisions requiring employers to include notice of whistleblower immunity under the DTSA if they want to take advantage of the remedies of the Act.  The notice provision applies to all agreements with employees and independent contractors that are entered into or amended after May 11, 2016 and that contain confidentiality, non-disclosure, or IP ownership provisions.  Employers should study the notice provisions and take care to amend their employment agreements and/or include the notice provisions in other documents, such as employee handbooks.