Arbitration and the Traditional Legal System 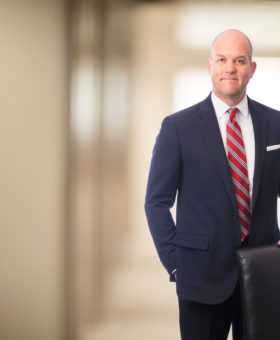 Understanding what arbitration is, how it works and how it might impact you and your business in the event of a dispute is important for any executive negotiating a dispute resolution clause or seeking to enforce a contract in breach.

Arbitration is best defined as an alternative dispute resolution process which occurs outside of the traditional legal system made up of courts and judges.  Rather than file documents initiating resolution of a dispute with a federal or state court, parties to an arbitration turn to a private professional to hear arguments, review evidence and ultimately decide the outcome of their dispute.  Arbitration is not mediation.  Mediation is a collaborative process in which the parties to a dispute work with a neutral third party to negotiate a compromise or settlement.  Arbitrators are given authority by the parties to make binding decisions.  Mediators assist parties in conflict as they try to negotiate a mutually agreeable resolution.

As a process, arbitration can be more flexible and efficient than traditional litigation.  The parties to a dispute can work with the arbitrator to fashion a dispute resolution process specific to their needs.  The process as a whole can be accelerated or even bifurcated into specific phases.  The exchange of evidence between parties typically referred to as discovery can be tailored to the unique needs of the parties and/or the issue(s) in dispute.  An arbitrator with expertise and background in a particular field or area of the law can be retained to resolve a challenging or complicated issue.  Arbitration can be conducted privately and confidentially.  Parties concerned about the sometimes lengthy process of appeals in the traditional legal system can agree to make an arbitrator’s decision final.

With these benefits in mind, there are other factors that should be considered before agreeing to resolve any dispute through arbitration.  For example, the lack of an appeal may sound like a good idea at the beginning of the dispute resolution process, but the right to seek review of a decision that seems illogical or contrary to the law or evidence is understandably important to a party on the wrong side of an arbitrator’s decision.

The cost of arbitration also deserves attention.  Arbitrators are typically lawyers in private practice, retired judges or other professionals specializing in a particular area or subject.  Engaging an arbitrator therefore means paying him or her for time spent managing the case, reviewing arguments or conducting hearings.  That amount increases if an arbitration involves a panel of arbitrators.  Arbitrations handled through organizations such as the American Arbitration Association often require filing and other fees substantially more expensive than those imposed by the courts.  These costs should be evaluated and considered when negotiating a dispute resolution clause in a contract and when making the decision to initiate an arbitration.