“You’re Out of Order!” Applying “Moneyball” to Your Litigation Choices 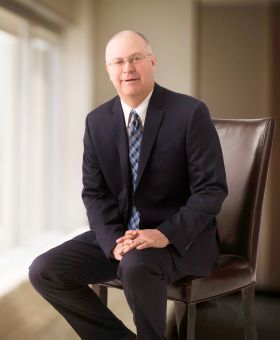 Over the past decade and a half analytics has exploded to become the driving force in influencing decision making in all facets of our global economy.  From business to sports, its influence is everywhere. Today, shortstops routinely line up right of second base, often second basemen position themselves in the outfield. This is known as the “Shift” and it is based upon the law of averages.  Certain left-handed batters almost always hit the ball to the right of second base. Finally someone thought “let’s put more defenders on that side of the diamond when those batters come to the plate.” This sort of application of statistical analytics is referred to in baseball parlance as “Moneyball” and it is by no means limited to America’s favorite pastime. Three-point shots are now the norm in the NBA, players pass up what used to be “gimmes” for the open corner three because after much analysis someone figured out that if you take more three pointers than two pointers you can score more points even if the likelihood of making the long ball is not quite as high as shooting certain twos.

In today’s world it would be unthinkable to make an advertising decision without engaging in critical analysis first.  Why then in the world of civil litigation, where analytics have been the lynchpin of trial success since trials began, does this statistic remain unchanged?  Less than 5% of all lawsuits end in a trial verdict. If 95% of all lawsuits filed do not make it to trial, why are we still filing suits at record rates?  In my over 30 years of practice, this statistic has remained static.

It is inaccurate to say that 95% of all lawsuits settle.  Much of the filed suits are resolved in various ways, some of those include settlement, some do not.  One party may give up due to financial constraints, emotional constraints or other nonlegal business reasons. One party prevails in pre-trial practice, i.e., summary judgment, default judgment or other litigation success such as discovery victories that make trying a case more difficult. Some cases are dismissed (voluntarily or involuntarily), removed, refiled, etc.  Note, though it may not go all the way to trial, the filing of a suit is often necessary and often proves to be useful. Sometimes the only way to advance toward resolving conflict is to initiate suit to force others to come to the table or to change the negotiating leverage of the parties.

If potential litigants understood the analytics, perhaps some might recognize that a “Shift” might be in order.  At least a shifting of traditional sequence or order in the process. Perhaps the decision to litigate could be moved to fourth in the lineup rather than leading off.  Earmarking and directing greater resources toward informal settlement conferences, face-to-face attorney meetings, (even if that means flying your counsel to meet their counsel) will likely save much time and money in the long run.  Engaging in informal pre-filing discovery exchanges, utilizing focus groups and participating in formal mediation before filing suit makes more sense when you consider how very remote the chances are that the matter will ultimately be resolved through a trial.

By shifting an infield, a manager is merely trying to exercise control over a process.  The lack of control is one of the major factors in ultimately choosing whether to let a jury or judge decide your fate. In the mediation process, the parties have control over the selection of the individual who will influence the outcome.  In an intellectual property case, for example, the parties can agree upon a seasoned IP lawyer or chose a retired judge with experience overseeing complex IP litigation to engage in the skilled shuttle diplomacy required to resolve complex problems. When suits are filed much control is lost.  You can’t pick the judge, and when counterclaims are filed your ability to walk away or change your mind is greatly inhibited.  Controlling the outcome, even though the outcome may not be the optimal result, is invaluable to businesses regardless of their resources.

When considering litigating, other statistics should be considered.  The average time of disposition of matters that are resolved through trial is 550 days.  This does not include appeals.  A recent survey of lawyers found that over 92% of attorneys expressed satisfaction in the results obtained through settlement and almost 95% report satisfaction in the settlement process.  This is likely because, like the baseball shift, predictability is restored and creative solutions are more likely to come through the collaborative process than from a judge or jury, even if the collaborator is your opponent.

For years I have kept in my office a large steel bathroom handrail.  It is affixed to a much larger steel plate.  My client, an apartment developer, had been sued for, among other things, failing to install appropriate lumber backing behind the sheet rock in the bathrooms of a large apartment complex to which a handrail could be affixed to comply with fair housing laws.  My client stared at a possible seven figure verdict, years of litigation and several hundred thousand dollars in legal fees.  By affixing a large steel sheet to his handrail ($123.00 per rail) such that the rail and sheet could be affixed to the existing studs through existing sheet rock my client was able to propose a practical, inexpensive, if not aesthetically pleasing alternative, to years of litigation. Through a series of negotiations, relatively early in the process, with some give and take, the parties were able to reach a creative resolution and both parties were able to move on much sooner and with relatively little cost and inconvenience.

The purpose of this blog is not to discourage suits.  In fact, my 30 years of litigating has taught me that some suits are inevitable and unavoidable.  Rather, the purpose is to educate about the unlikelihood of actually going to trial and the importance of considering early and seriously the timing and sequence of your moves before filing a lawsuit that will likely end in resolution short of trial.