Apple v. Samsung – Are Components Worth More than the Whole? 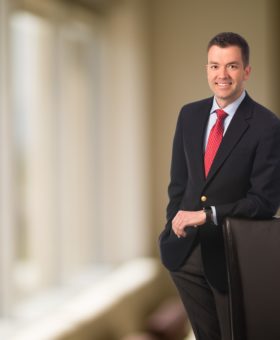 In a much-awaited decision, on Thursday, May 24, 2018, a jury in the Northern District of California awarded Apple $539 million in its nearly decade-long patent battle with Samsung. In a brief statement on its website, Samsung said: “[t]oday’s decision flies in the face of a unanimous Supreme Court ruling in favor of Samsung on the scope of design patent damages. We will consider all options to obtain an outcome that does not hinder creativity and fair competition for all companies and consumers.”[1] In the December 2016 Supreme Court decision referred to in Samsung’s press release, the Court held that “article of manufacture” from 35 U.S.C. § 289 may encompass both a product sold to a consumer and a component of that product:

[w]hoever during the term of a patent for a design, without license of the owner, (1) applies the patented design, or any colorable imitation thereof, to any article of manufacture for the purpose of sale, or (2) sells or exposes for sale any article of manufacture to which such design or colorable imitation has been applied shall be liable to the owner to the extent of his total profit….” 35 U.S.C. § 289.[2]

Leading up to the jury verdict, many commentators speculated that the new “component damages” standard would result in a lower damage award than the $399 million previously awarded to Apple. However, quite the opposite occurred with the jury awarding Apple an additional $140 million. Judge Koh instructed the jury to apply the following four factors when determining whether the article of manufacture was the entire iPhone or merely components of that product:

The jury’s analysis of these factors is not entirely clear, but it presumably found substantial value tied to the designs claimed by the relevant patents. While the Apple v. Samsung battle is far from over, the recent jury award revives design patents as a potent asset in patent litigation.