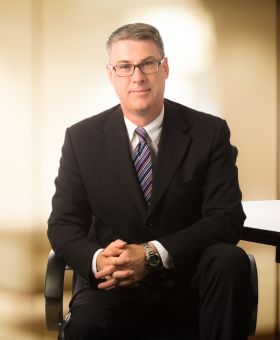 Before the America Invents Act (AIA) was enacted into law on September 16, 2011, many legal scholars speculated on the full influence that Inter Partes Review (IPR) would have on post grant proceedings.  Since its effective date of September 16, 2012, no one can deny the significant influence the Patent Trial and Appeals Board (PTAB) has had on patent rights and ownership.

From the most recent United States Patent and Trademark (USPTO) statistics published May 2017, it is clear that IPRs have become a preferred route for adjudicating claim validity in issued patents.  While the published statistics include IPR, Post Grant Review (PGR), and Covered Business Method (EBM) trial types, IPRs appear to have the most influence upon those statistics because 92% of the identified petitions were IPRs.  That is, 6,382 IPRs filed since the effective date of AIA enactment.

For all trial types, 3,524 proceedings have been instituted, with 1,601 Final Writs of Decision being issued.  65% of those decisions resulted in a finding of unpatentability of all claims for which the petition was instituted, while 17% having some claims and 18% having no claims considered unpatentable.

The influence of IPRs might change if a court finds that the PTAB is the wrong forum to decide the validity of issued patents.  This is just what happened last week when the Supreme Court granted certiorari to address this issue.  While denying certiorari on two questions related to amendment process and the “broadest reasonable interpretation” standard, in Oil States Energy Services, LLC vs Greene’s Energy Group, LLC the Supreme Court granted certiorari for the specific question of “Whether inter partes review-an adversarial process used by the Patent and Trademark Office (PTO) to analyze the validity of existing patents- violates the Constitution by extinguishing private property rights through a non-Article III forum without a jury.”

At the core of the issue is whether a patent right is a “private right” or a “public right.”  If a “private right”, an Article III court, rather than the USPTO through the PTAB, would be the appropriate forum to determine validity.  Granting of certiorari, following the Federal Circuit’s denial to hear the case en banc, gives the Supreme Court an opportunity to address the constitutionality of the IPR process and provide clarity to the “public rights” and “private rights” issue.