A Review of the Iancu v. Brunetti – The U.S. Supreme Court Holds that the Lanham Act’s Ban on Immoral Trademarks Violates the First Amendment 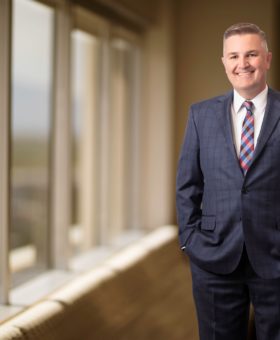 In its recent decision in Iancu v. Brunetti dated June 24, 2019, the U.S. Supreme Court struck down the Lanham Act’s ban on “scandalous” and “immoral” trademarks on the grounds that the provision violates the First Amendment because it constitutes viewpoint discrimination.

Erik Brunetti, a Los Angeles clothing designer, has been attempting to trademark the name of his clothing brand “FUCT” since 1993. His mark is allegedly an acronym for “Friends yoU Can’t Trust.”  The examining attorney at the United States Patent and Trademark Office (“USPTO”) refused registration under Section 2(a) of the Lanham Act, on the basis that the mark was vulgar, and therefore “immoral” or “scandalous.”  The Trademark Trial and Appeal Board (“TTAB”) upheld the examining attorney’s decision on appeal.  Mr. Brunetti then appealed the TTAB’s decision to the Federal Circuit.  The Federal Circuit requested additional briefing from the parties following the Supreme Court’s decision in Matal v. Tam, 137 S.Ct. 1744 (2017), which held that Section 2(a)’s prohibition on registering “disparaging” trademarks is unconstitutional under the First Amendment. Although the Federal Circuit determined that the trademark was “vulgar,” it held that “the First Amendment … protects private expression, even private expression which is offensive to a substantial composite of the general public.” In re Brunetti, 877 F.3d 1330, 1338, 1357 (Fed. Cir. 2017).  On January 4, 2019, the Supreme Court granted certiorari to the USPTO, which was seeking to restore Section 2(a)’s ban on “scandalous” and “immoral” marks.

In a 6-3 decision, written by Justice Kagan, the Supreme Court held, much as it did in the Matal v. Tam decision, that the Lanham Act’s prohibition of “scandalous” or “immoral” marks violates the First Amendment.  The Court rejected the USPTO’s argument that Section 2(a)’s requirements are properly viewpoint-neutral.  Specifically, the Court noted that while the USPTO has refused to register marks that communicate “immoral” or “scandalous” views about drug use, religious, and terrorism, it has approved for registration marks expressing more accepted views on the same topics.  As such, the Court stated that the “immoral” and “scandalous” marks ban cannot be viewpoint neutral.

The Court also dismissed the USPTO’s request to interpret Section 2(a) more narrowly, namely to restrict Section 2(a) to lewd, sexually explicit, or profane marks, on the basis that the Court’s role is to “interpret the statute that Congress enacted,” not to craft a new one.  .

The door is open now for all types of trademarks, irrespective of whether the mark is scandalous, immoral, or vulgar, and without regard to the offensiveness of the mark.  Interestingly, both the majority opinion, as well as the concurrence and dissents, suggested that a future law limited merely to “lewd, sexually explicit, or profane marks” might survive constitutional muster.  The various Justices clearly see the potential problems with registering every lewd and obscene mark that comes before the Trademark Office.  In his concurring opinion, Justice Alito leaves the door open for Congress to one day ban the registration of vulgar trademarks: “Our decision does not prevent Congress from adopting a more carefully focused statute that precludes the registration of marks containing vulgar terms that play no real part in the expression of ideas. The particular mark in question in this case,” he continues, “could be denied registration under such a statute.”  Additionally, in her partial concurrence and partial dissent, Justice Sotomayor writes that “The Court’s decision today will beget unfortunate results,” foreshadowing a rush to register “the most vulgar, profane, or obscene words and images imaginable.”  Chief Justice Roberts, Justice Breyer, and Justice Sotomayor all seem to agree that the prohibition on scandalous marks could “be read more narrowly to bar only marks that offend because of their mode of expression—marks that are obscene, vulgar, or profane” and that “refusing registration to obscene, vulgar, or profane marks does not offend the First Amendment.”

Perhaps we will see Congress act in the near future to clarify the Lanham Act to specifically refuse registration to marks that are obscene, vulgar, or profane.  In the meantime, such trademark applications are likely to register provided they meet the remaining statutory requirements for registration.